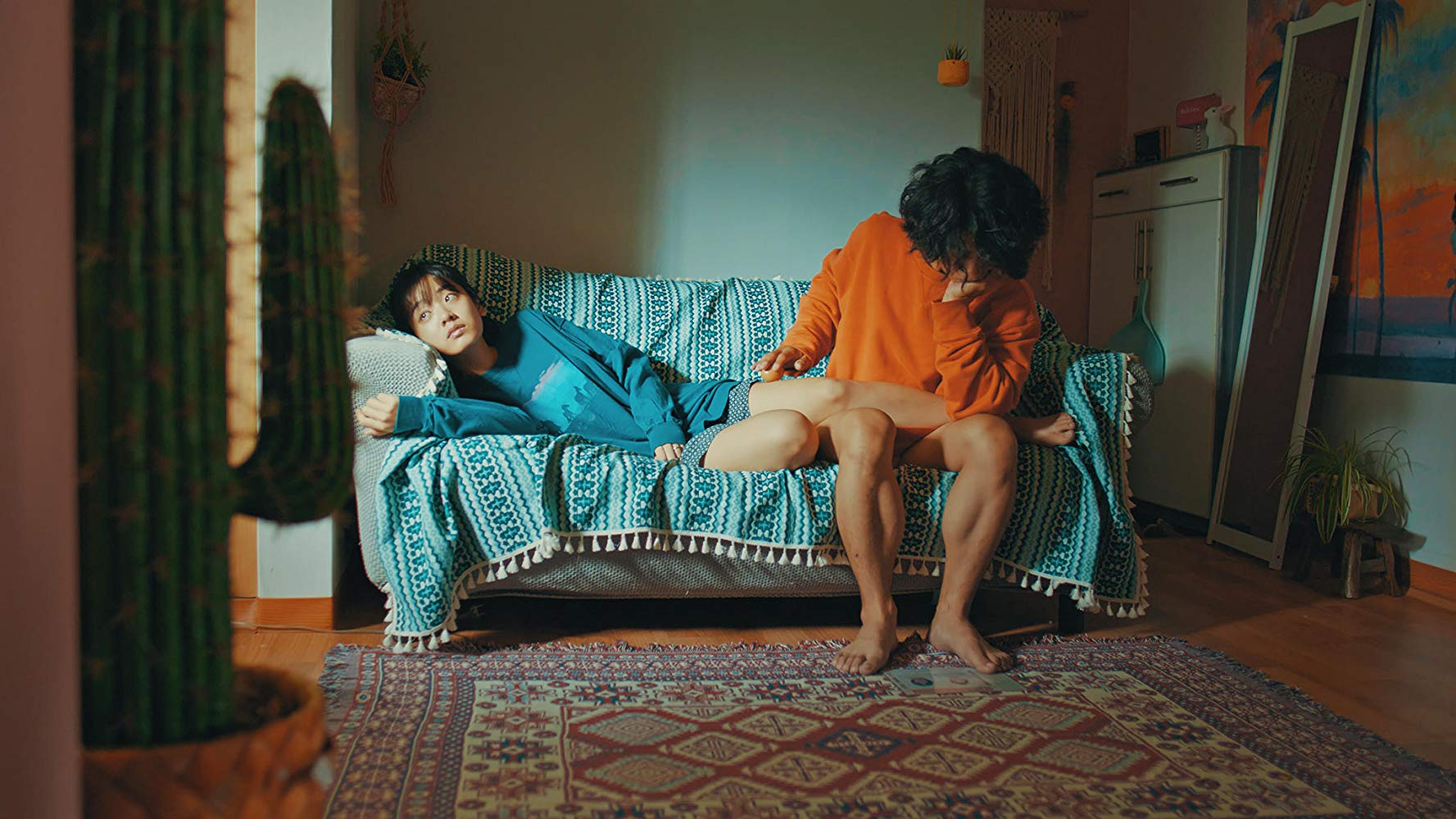 Each year, during the International Film Festival Rotterdam, Mubi showcases films from the previous year’s IFFR. This is the director’s first feature-length work.

Mubi: “From South Korea arrives Yi Okseop’s award-winning, unapologetically weird debut: a madcap oddity, full of rhapsodic storytelling, eccentric characters, and whimsical humour. … After a radiologist is snapped having sex in the X-ray room, the image swiftly circulates in the hospital. A nurse fears that she might be one of the randy skeletons depicted. Together with her boss, the woman embarks on a mission to determine whether human beings are ever really worth believing.”

The wit and style of the film are matched with a great soundtrack. I was initially enthusiastic about the story’s and characters’ quest—to choose to operate in favour of humanity, in defiance of cynicism. But slowly the layabout boyfriend character takes over the narrative; while he’s a curious one, that he is never made aware of the ‘faith experiment’ his soon-to-be-ex-girlfriend is conducting, nor the real ways in which he fails her. She seems to abandon the quest out of disinterest and distraction, dumps him for his corruption, and the end credits roll. (Okay, well fate/coincidence also delivers a piece of comeuppance.)

I guess this is a symptom of inaccurate synopses, setting up the viewer for a story that is just a piece of what happens. Had I instead read… no, strike that—it would have been better to know nothing of the film and see it blank. This is proven to me time and again. But if I imagine having seen this film with no prior concept of it, I still may have been a bit dismayed about the shift from the woman to her partner. Otherwise, it’s a pleasing work that uses a light hand to model a piece of our modern uncertainty about each other.