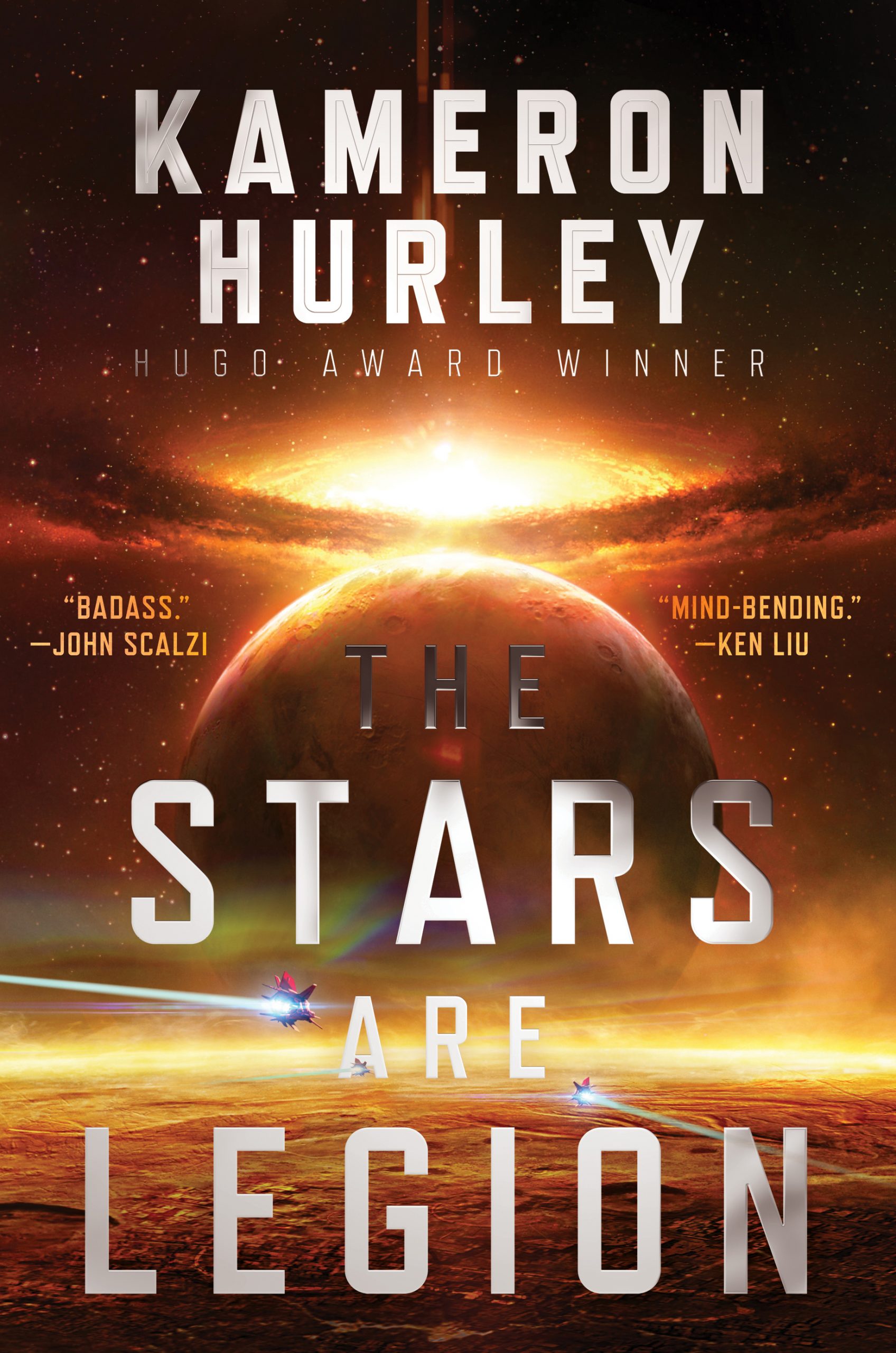 The Stars Are Legion

Synopsis: On the edge of the universe, a mass of decaying world-ships known as the Legion is traveling in the seams between the stars. For generations, a war for control of the Legion has been waged, with no clear resolution.  As worlds continue to die, a desperate plan is put into motion.

Zan wakes with no memory, prisoner of a people who say they are her family. She is told she is their salvation – the only person capable of boarding the Mokshi, a world-ship with the power to leave the Legion. But Zan’s new family is not the only one desperate to gain control of the prized ship. Zan finds that she must choose sides in a genocidal campaign that will take her from the edges of the Legion’s gravity well to the very belly of the world.

Zan will soon learn that she carries the seeds of the Legion’s destruction – and its possible salvation. But can she and her ragtag band of followers survive the horrors of the Legion and its people long enough to deliver it?

Review: On the book’s dust jacket Ken Liu calls The Stars Are Legion ‘mind-bending’ and John Scalzi calls it 'badass’. That works perfectly for a five word review: A mind-bending badass book. To unpack too much of this book is difficult for two very different reasons. One, it’s an almost-impossible book to describe. And two, any description might set up anticipation or expectation and this is a story so unique it’s best jumped into blind. I’ll say as little as possible but enough to hook you because yes, you should read this book. There are no men in The Stars Are Legion. The entirety of the universe contained in the pages is female-run and female-driven. It’s a science fiction story rife with betrayal, raw heartbreak, brutality, and shocking beauty. It’s grotesque. There are worlds of grotesquerie contained in the pages of this book. It’s not delicate. It’s not soft in any way. But it is entirely unique, totally gripping, and a must-read. It isn’t for the faint of heart. It’s about war, the primal struggle for survival, the even more ferocious struggle for self-determination, and the lengths that must be gone to for liberty and love. Is there light in it? Yes. But you have to wade through the darkness to get there. And you will. Brace yourself. It’s one hell of a ride.