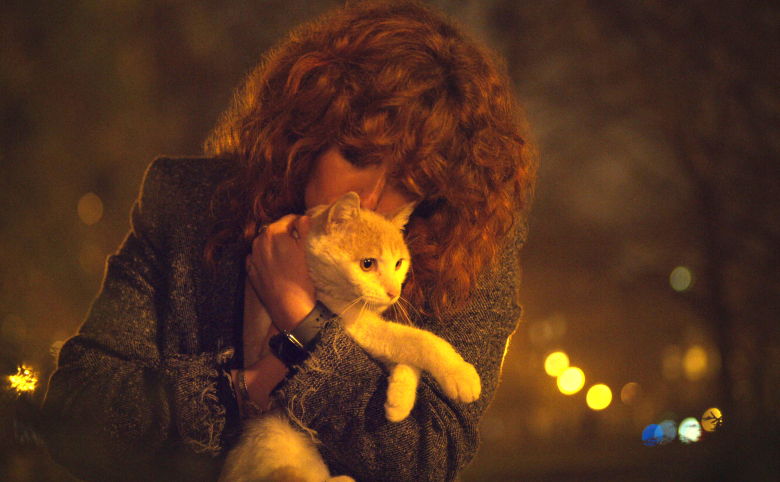 Been: THE FINALE. Dun dun dunnnnn. And Oatmeal is, as you said, Schrödinger's Cat: half alive and half gone.

Kirk: I mean, I didn't see the bifurcation of the timeline coming so I wish that Oatmeal had a more established status and also I feel like there should have still been one episode after this. But that's because I'm extremely anti-cliffhanger.

Been: And I'm very "I like ambiguity" so the 'resolved but not solved' nature of this ending appealed to me. Things are wrapped up enough that my mind can take it from here.

Kirk: Yeah, I think I pretty much stand by "life is full of ambiguity and I'm participating in a story to avoid life and not have more ambiguity" and I don't think that it would have had to be fully explained it's just to end the season I would have liked to see some progression in our understanding of what's going on. Whereas I feel we've moved backwards in our understanding instead.

Been: I have to disagree because I do think the surroundings give us more explanation, as they always have. The people, the stuff and furniture, Alan's fish, Oatmeal... all these things returning in the now split timeline tell me that Nadia and Alan understood finally why they were dying and how to fix it. Their timeline had returned to full health, as it were, with their clarity.

Kirk: There is some why that's answered but no how. And there's no indication there that they were linked together or had any even relationship to each other. So I feel that is still very unresolved. The mechanism, for lack of a better term. Of course, I'm a giant nerd and I want all of the mechanism for everything so I might be biased.

Been: I kind of like imagining it as a chaos theory scenario. Two people, unrelated, who had similarly tragic endings, who happened to cross paths on that tragic night... chaos theory suggests if they do nothing for each other they continue into destruction but if they reach out and change just each other, as strangers, their entire life paths unravel differently. And for me, being a believer in random things and magic to a degree, I found that enough.

Kirk: While I haven't actually seen it, this sounds to me like a similarity at an extremely high level, to Strangers on a Train almost. That happenstance interaction that changes your path going forward.

Been: It's very like that. In Strangers on a Train they change each other's live for the worse and in this they make a positive impact but it's still happenstance and choices made in the spur of the moment that does the work.

Kirk: Yes but what is the work? What is the actual connection there? The story behind Strangers on a Train, as I've absorbed from seeing it around, indicates that there was direct actions that they took that led to predictable-ish effects in both of their lives. Whereas there's no real reason in this show, especially with the timeline split, for their actions to impact their own lives. Or mirrors or cats or organ failure.

Been: I think you struggle more with existential suspension of disbelief than I do. I mean who can actually say what 'the work' is behind any interaction in life that spins us onto one path or another. This show is a more an absurdist example of random things colliding together with a supernatural flavor and I'm fine with the uncertainty.

Kirk: I just want to have even a hint at the end of the season basically what the supernatural is. Like some exposition of the behind the scenes. What's going on below the surface. I feel like we can see the symptoms here but not the cause.

Been: I hear you. And for me, that sort of exposition would ruin the ending.

Been: I think this is a really lovely example of why there are so many different genres, formats, narratives, etc of storytelling. There can be no one single format that appeals to everyone on the same level.

Kirk: That's very true and I find that some things suffer, I mean I see it more in video games, from trying to be that amazing thing for everyone. And they forget what they are, basically. It's not necessarily bad if some people don't care for the thing, that's not necessarily a negative attribute of it.

Been: I agree with that completely. It doesn't bother me that you're unsatisfied with the ending, for example, and I do fully understand your reasons why. I just happen to prefer this ending, for myself.

Kirk: Yeah, I never would have thought of the more exposition being worse for you.

Been: Sometimes I don't want things explained. I have enough with what's been shown and I'm completely at peace with just imagining my own explanation.

Kirk: See, basically there, I don't want things explained, Kirk.exe encountered an error and had to shut down.

Been: *laughs* Okay but we can agree that we both would have preferred Oatmeal being secure in BOTH timelines, not just one.

Kirk: That's a strong agreement. I remain a little bit concerned about the fate of Oatmeal.

Been: Me too. But we both also agree it's an interesting well done show.

Kirk: Yeah, I'd agree with that.

Been: And maybe you'll get your exposition in season two!